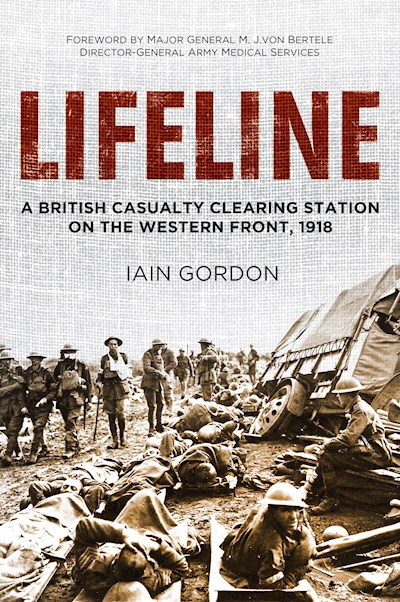 On 21st March 1918, 29th and 3rd Casualty Clearing Stations RAMC were encamped at Grévillers, just behind the front line, when Germany launched its final, massive offensive. These Field Hospitals were the lifeline to the rear for the unabated deluge of wounded which soon overwhelmed both units; all wards were full and operating theatres were working round the clock to deal with the endless queues for amputations and major surgery. In the words of Major-General von Bertele in his foreword: ‘that casualty care should be managed on such a scale and at such a pace leaves the reader open mouthed.’ LIFELINE is a touching record of the care provided by an often exhausted but dedicated medical and nursing staff and the bravery and spirit of their patients as the hospitals, always under intense pressure, moved back and forth with the changing positions of the line during the last months of the war.