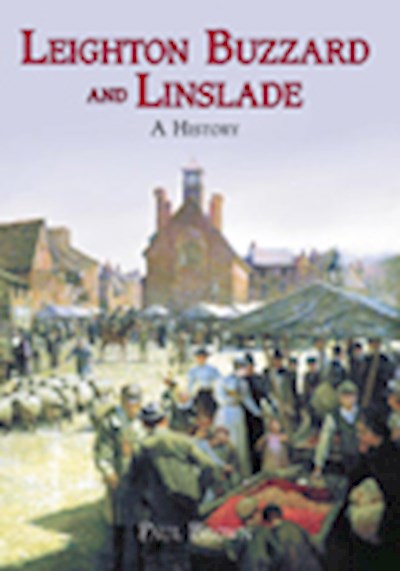 The towns of Leighton Buzzard and Linslade, separated by the river Ouzel, were both royal estates before Domesday, and straddled the boundary between the Danes and Saxons in the century before that. Henry II gave the Leighton estate to a French abbey, which built a daughter house on the new lands, but war flared with France during the Middle Ages and ownership of the town shuttled between France and England as successive kings confiscated the estate, only to return it again as soon as peace was restored. Much of Leighton was burned down during the Civil War, but the centuries that followed brought settled prosperity to a market town dominated by large inns. The industrial revolution and the advent of improved means of transport turned Linslade, the almost forgotten backwater across the river in Buckinghamshire, into a thriving new town which moved from its old site to be close to the new canal and railway station. The high-quality sand quarried locally became the standard filter for all of Britain's water undertakings and the raw material for fine glass, including that used to build London's Crystal Palace. The London gentry, including two successive Princes of Wales, came to Linslade to hunt, and stabled their horses in the town. Vimy bombers were built in Linslade during the First World War, and both towns saw continued expansion afterwards as new industries grew. The Second World War witnessed an influx of child evacuees from London, a transformation of the town's industries for the war effort, and the arrival of a top secret RAF station. In 1965 Leighton Buzzard and Linslade were amalgamated under local government reorganisation and the latter was brought into Bedfordshire. A period of considerable expansion for both settlements followed. This long awaited, readable and extremely informative history throws light on Leighton and Linslade's fascinating past and will be enjoyed by all those curious about this corner of the county. It is fully illustrated and includes many items reproduced here for the first time.