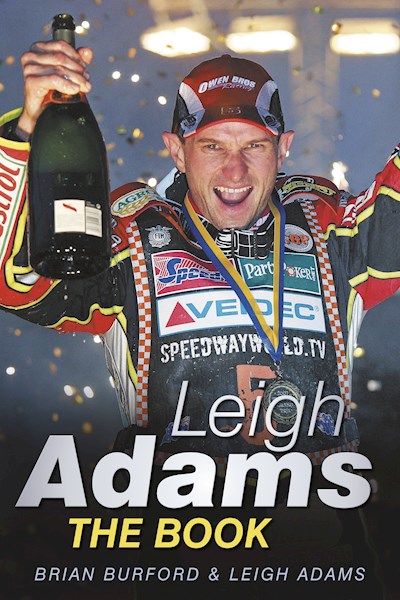 Leigh Adams has been one of the most successful speedway riders in the world. Having been a regular World Championship contender since 1996, he's spent over twenty years racing in the top leagues throughout Europe - winning countless individual and team honours. Leaving his family behind in Australia, teenager Adams arrived in Britain to ride for the Poole Pirates in 1989 where we made an immediate impact. He soon established himself as one of Australia's leading riders and a top-scorer for his team. Although he's raced for a variety of clubs, it's Swindon where he's regarded as a legend and he holds many club records. Famed for his professionalism and classy style, he reveals who really taught him the most during his early days, talks candidly about his clashed and rivalries with the top riders, his disputes with some of the sport's officials and the extraordinary lengths some teams go to in order to secure an advantage. From the training ground in Midura, Australia, to the glamour of the Millennium Stadium in Wales, the Australian also reflects on the triumphs, frustrations and bitter disappointment which is part and parcel of speedway racing. This remarkable biography combines Leigh's own revealing insight, with recollections from his rivals, family and team-mates to present an unrivalled account of life as an international speedway rider.