Ledbury: People and Parish before the Reformation 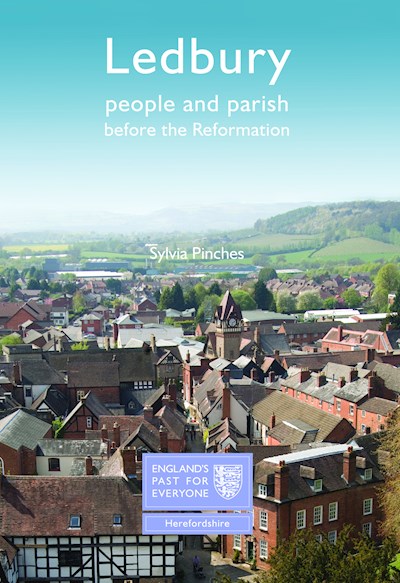 Ledbury: People and Parish before the Reformation

Ledbury is a small town in the lush Herefordshire countryside. How did it come to be here and who and what shaped its development? This volume explores a quiet corner of England from the earliest times until the middle of the 16th century. Hunters, herdsmen and the first farmers left but faint traces to mark their passing. Enigmatic structures like Wall Hills and British Camp stand as monuments to a time before writing. The woods and fields, streets and lanes bear the imprint of countless generations, to be deciphered by archaeologists. By the time it emerges in the written record, the site of Ledbury itself had become the main focus of the area, and in due course it developed into a small town with some remarkable buildings, among them a well-endowed hospital and a lavish church. Events, including the Black Death, conspired to ensure that its full potential was never realised, but it remains marked by its medieval past: to this day an exceptional – and most attractive – place. Using the evidence of the landscape itself, physical remains, artefacts and buildings, and tantalising glimpses from old documents it has been possible to chart the history of this little market town and the surrounding countryside for nearly five hundred years. The story ends in 1558, a Catholic queen on the throne, but religious changes already afoot in the nation at large and in Ledbury. There were new families, new ideas and the glimmerings of a new wealth which would flourish at the end of the century.