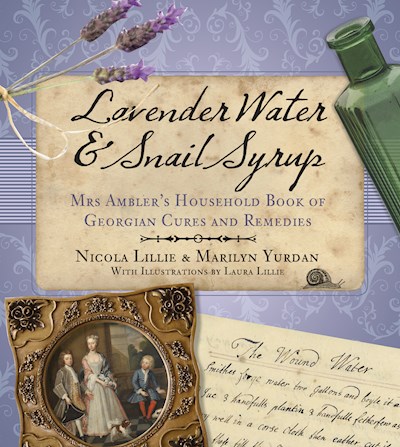 Elizabeth Ambler started compiling her household book of cures in the early eighteenth century, including in it treatments which were much older and had been passed down to her. These intriguing remedies include Sir Walter Raleigh’s Receipt against Plague, Viper Broth, Snail Milk Water and Tobacco for the Eyes, as well as Ginger Bread and Apricot Ratafia. In addition to traditional flowers and herbs, ingredients consist of precious stones, exotic and expensive spices, and large amounts of brandy and wine. Mrs Ambler’s book of cures is exceptional in that has been handed down through her female descendants over nearly three centuries. Set against the backdrop of the family’s country houses, silverware and lavish portraits, this book is much more than just a collection of curiosities; it offers a fascinating insight into the sickness and health of our Georgian ancestors, and into what really went on in their kitchens.