Last of the Blue Water Liners 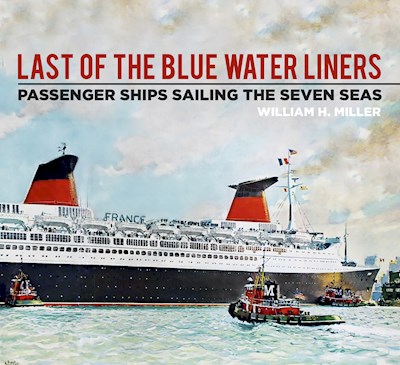 Last of the Blue Water Liners

This is the story of the last class-divided passenger ships that carried travellers from point to point. In the final years of activity, spanning from the 1940s to the 1960s, they carried Hollywood stars and even royalty on the Atlantic, businessmen to South America and Africa, migrants to Australia and New Zealand, and visitors returning to European homelands. Last of the Blue Water Liners nods to the Atlantic liners but also revels in the many other passenger ships that plied trades around the world: vessels like the Antilles, Oslofjord, Kampala and Changsha. Complete with rare images and the insight of the prolific maritime historian William H. Miller, this book is a nostalgic parade of a bygone age, a generation of ships all but swept away in the 1960s and 1970s as jet travel changed the world.