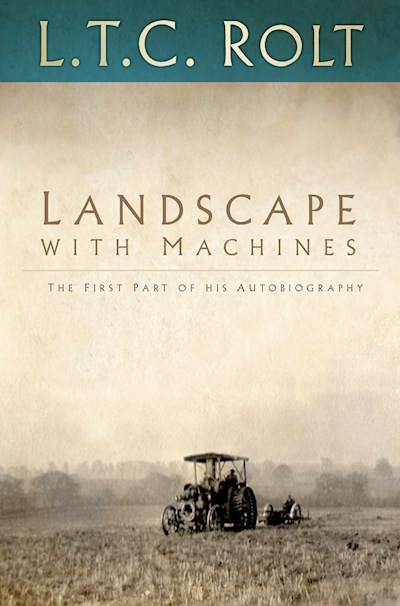 L.T.C. Rolt’s fame was born from his unique ability to produce works of literature from subject matter seemingly ill suited to such treatment – engineering, canals, railways, steam engines, agricultural machinery, vintage cars – such as in his classic biographies of Brunel, Telford, Trevithick and the Stephensons, and in his superbly written volumes of autobiography. In this, the first part of his autobiography, Rolt tells of his childhood in Chester, on the Welsh border near Hay-on-Wye and in Gloucestershire; of an engineering apprenticeship and career which took him from a farm in the Vale of Evesham to a locomotive works in Stoke-on-Trent and from Dursley to the Wiltshire Downs until he finally settled in a Hampshire village, running a garage which specialised in veteran and vintage cars. Imbued with the author’s love of England and his intense feeling for the beauties of the English countryside, the book reveals a landscape populated not only be men, but by machines: steam-ploughing engines, steam wagons, steam locomotives, canal boats and a variety of unusual motor cars. This vividly told tale of rural England sets the stage of a life that was to be consumed by preserving the best the country had to offer in landscape and the technology of a now bygone age.