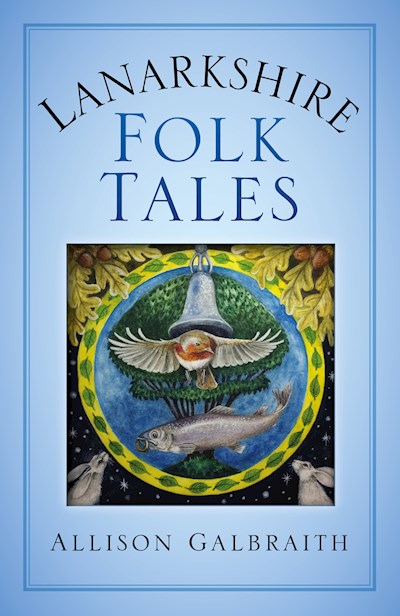 Lanarkshire is the largest of Scotland's counties – stretching from the ancient burghs of Govan and Glasgow, through coalfields, battle-grounds, rich rural heritage, industrial heartlands, all the way to the lead, silver and gold mines of Leadhills. Home to over one fifth of Scotland's population this immense county is naturally abundant in folk customs and stories. The Hogback Stones of Govan Parish Church reveal an ancient seat of religion and civilization. Glasgow Cathedral is home to stories of Saint Mungo and the pagan Celtic royalty he helped convert to Christianity. A myriad of myths and legends are uncovered along the River Clyde as it flows from its source in South Lanarkshire through the county. This unique collection of tales includes William Wallace's fight for freedom, the Clydesdale Horses which ploughed the corn fields of Britain and the New World, and plenty of supernatural happenings.