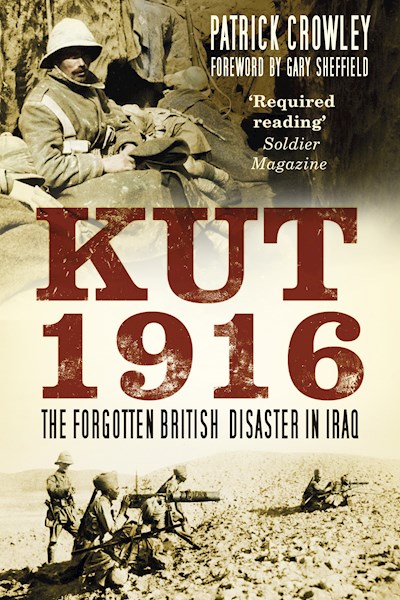 The Allied campaign in Mesopotamia began in 1914 as a relatively simple operation to secure the oilfields in the Shatt al‑Arab delta and Basra area. Initially it was a great success, but as the army pressed towards Baghdad its poor logistic support, equipment and command left it isolated and besieged by the Turks. By 1916 the force had not been relieved, and on 29 April 1916 the British Army suffered one of the worst defeats in military history. In Kut 1916, Patrick Crowley recounts this dramatic battle story of blunders, sacrifice, imprisonment and escape. PATRICK CROWLEY is a historian and battlefield tour guide. He recently retired after thirty-four years’ service in the Queen’s Regiment and Princess of Wales’s Royal Regiment. He was awarded the American Meritorious Service Medal for his service in Iraq. His other publications include A Guide to the Princess of Wales’s Royal Regiment, Kut 1916 and Loyal to Empire (The History Press, 2016).