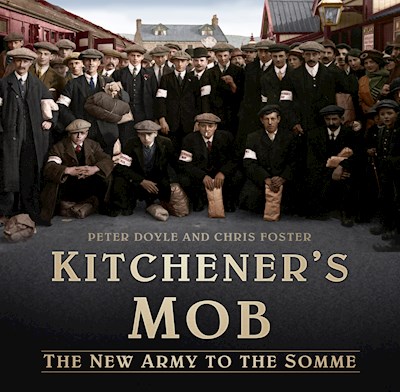 The British Army in the First World War was not only the largest the country had placed in the field but also the biggest single organisation created by the nation up to that time. Nearly 6 million men served in its ranks between August 1914 and November 1918.

A remarkable 2.5 million of those who enlisted were volunteers responding to appeals issued by Field Marshal Lord Kitchener, then the Secretary of State for War. This book tells the amazing story of ‘Kitchener’s Army’ and its volunteer soldiers, the men of the ‘First Hundred Thousand’ and the many Pals’ battalions that were later raised across Britain, in its industrial heartlands and leafy shires alike. Their journey to the Somme and the tragedy of July 1916 had a huge impact on the communities these men left behind.

Through artefacts and original documents, this moving tribute bears witness to the indelible imprint this memorable ‘mob’ made on our history.