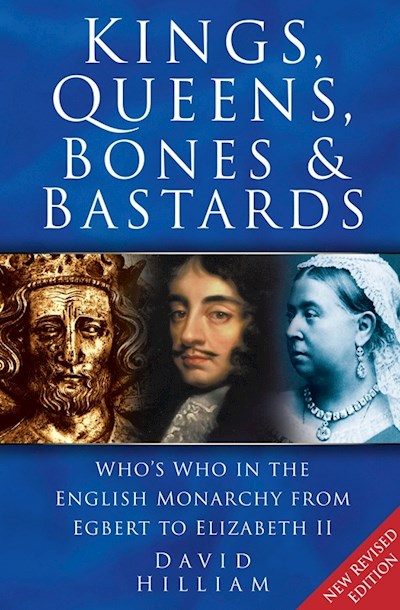 Who invented the 'House of Windsor' as a royal name? Who founded Westminster Abbey? Which king had twenty-one illegitimate children? David Halliam answers all these questions and more. Here is a continuous history of the English monarchy, showing how the nine dynasties rose and fell. The book describes the most memorable features of the life and times of each king or queen - from Egbert, crowned in 802 and considered the first king of England, to Queen Elizabeth II - as well as recording the extraordinary lives of their queens, consorts, mistresses and bastard children. It also tells the story of the Saxons, describes what has happened to the monarchs' mortal remains, and relates many lively incidents of royal history that rarely appear in the text books. Read of the saintly Edward the Confessor, who is believed to have refused to consummate his marriage; of the rumbustious Henry VIII, given to beheading those who displeased him; of the 'little gentleman in black velvet', who caused the death of William III; and of Queen Victoria's strange servant, the 'Munshi', Queen Emma, who endured a trial by ordeal; and Anne Boleyn, widely suspected of being a witch. A complete list of the monarchs' reigns and a genealogical table showing the royal descent down thirty-seven generations from Egbert to Elizabeth II adds to the volume's reference value.