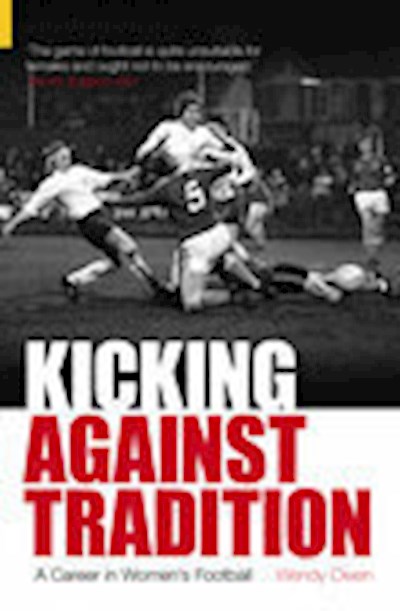 Wendy Owen is a significant figure in the history of women's football in this country. A powerful centre back, she starred for the English national side at a time when the sport really took off. They played their first international match against Scotland in 1972, were the first to train on the pitch at Wembley Stadium and to travel to Europe to play countries such as Holland, France and Italy. Appearing in 16 out of 18 internationals in the mid-1970s, she now coaches at a high level and is a lecturer in sports science. Wendy recounts her experience as part of the first Women's England Squad, the coloured media coverage they attracted and what it was really like for a female footballer on tour in the '70s. She further examines the way the game has evolved to become the fastest growing sport in the UK today. This is an essential purchase for anyone with an interest in the game.