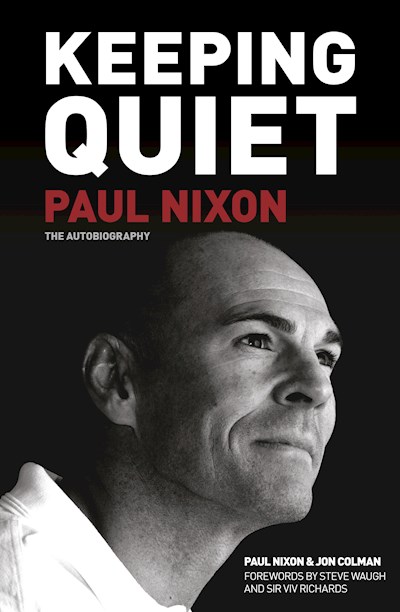 Paul Nixon is one of cricket’s most distinctive figures, a wicketkeeper known as much for his manic words and deeds as a trophy-laden career which spanned four decades. But behind the bullishness, Leicestershire and England’s most idiosyncratic player was battling strange mental demons both on and off the field. In Keeping Quiet the Cumbrian farmer’s son reveals the nature of his psychological torment, and also tells the full story of how his career finally took off after conquering dyslexia. Nixon, who made a dramatic impact on the England One-Day team after making his international debut at 36, also offers candid insight into the events that shaped his life, including family tragedy, turbulent tours, the ‘Fredalo’ controversy, turmoil at his county, his sensational swansong, the verbal contests he has waged from behind the stumps and the time he was offered millions to fix a Twenty20 match. Above all, though, it is a unique insight into the mind of a popular and singular sportsman.