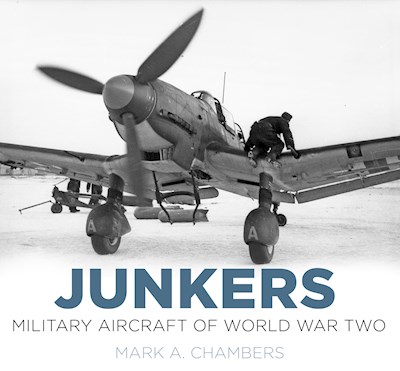 The Junkers Aircraft Company of Dessau, Germany forever changed the world of aviation when they produced several aircraft that revolutionised warfare during World War Two. Among them were the Ju 87 Stuka, which was key to the success of the Blitzkrieg, and highly versatile bomber and transport aircraft including Junkers Ju 86, Ju 52, Ju 90/290 and, later, Ju 88. Drawing on a multitude of photographs, diagrams and US government reports, Junkers Military Aircraft of World War Two reveals the history of this innovative aviation company and its many key aircraft that played a vital role in the war. From initiating unprecedented advancements in structural design to producing advanced turbojet engines and radical aircraft that provided a glimpse of the future of aviation, the Junkers Aircraft Company proved to be a true pioneer in the aviation world.