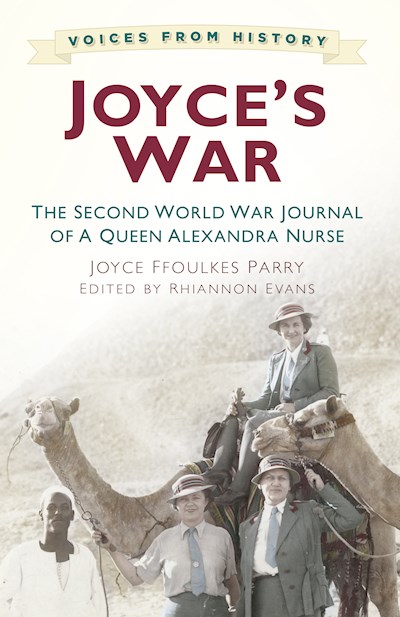 Joyce Ffoulkes Parry was an Australian nurse who came to Britain in 1937 to rediscover her Welsh roots. When war was declared, she signed up as a Queen Alexandra nurse and from 1940 until 1944, when she left India to begin her married life in Wales, she served as a sister in France, on hospital ships and in hospitals in Egypt, India and the Far East. Her journal came to light after her death in 1992. Out of the chaos of war emerges a unique voice telling a vivid, compelling and honest story of adventure, bravery, friendship, homesickness and wartime romance. Edited by her daughter and published for the first time, Joyce’s wry observations about everything from the bureaucracy of the army to how poetry and shopping helped sustain her through four diffi cult but extraordinary years offer a fascinating glimpse into a vanished world.