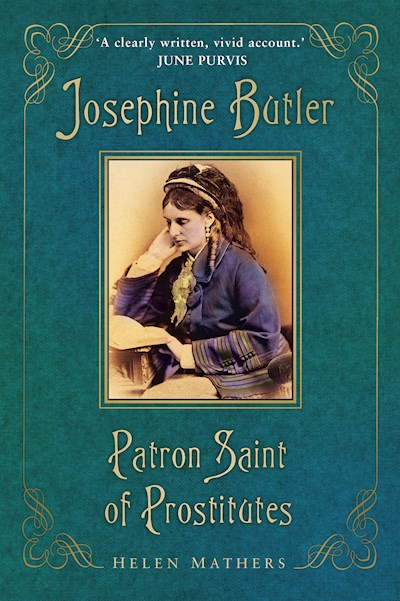 The ‘steel rape’ of women is a scandal that is almost forgotten today.

In Victorian England, police forces were granted powers to force any woman they suspected of being a ‘common prostitute’ to undergo compulsory and invasive medical examinations, while women who refused to submit willingly could be arrested and incarcerated. This scandal was exposed by Josephine Butler, an Evangelical campaigner who did not rest until she had ended the violation and helped repeal the Act that governed it. She went on to campaign against child prostitution, the trafficking of girls from Britain to Europe, and government-sponsored brothels in India. In addition, Josephine was instrumental in raising the age of consent from 13 to 16.

Josephine Butler is the poignant tale of a nineteenth-century woman who challenged taboos and conventions in order to campaign for the rights of her gender. Her story is compelling – and unforgettable.