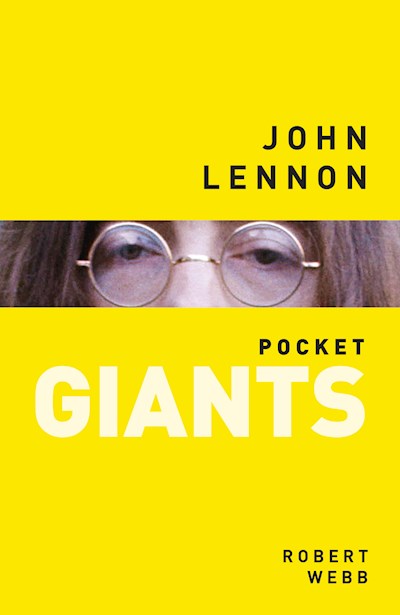 John Lennon is a giant of popular music and culture. As one-quarter of the Beatles, he was in the vanguard of music, art, fashion and popular culture during the sixties. His music, humour and outspoken calls for peace inspired a generation. He stands as an iconic figure for those who lived through the sixties and seventies, as well as for those who grew up long after his untimely death in 1980. Above all, Lennon was one of the twentieth century’s greatest and most important songwriters. Songs he wrote with Paul McCartney, such as ‘She Loves You’ and ‘A Day in the Life’, define an era. Others he wrote alone, such as ‘God’, ‘Help!’ and ‘Revolution’, betray an often complex, contradictory and troubled character. Lennon was never one to hide his love away, nor his anger, nor his convictions. In 2000 his anthem ‘Imagine’ was voted the song of the millennium.

ROBERT WEBB is a managing editor in publishing and a freelance music writer. He grew up in Cambridge, lived in London and is now based in Norfolk. His reviews, features and regular columns have appeared in The Independent, Time Out, Mojo and BBC Music. His books include The 100 Greatest Cover Versions (McNidder & Grace 2012) and, as co-author, The Rough Guide to the Best Music You’ve Never Heard (Penguin 2008). He has been listening to John Lennon’s records since first hearing ‘I Want to Hold Your Hand’ as a toddler.