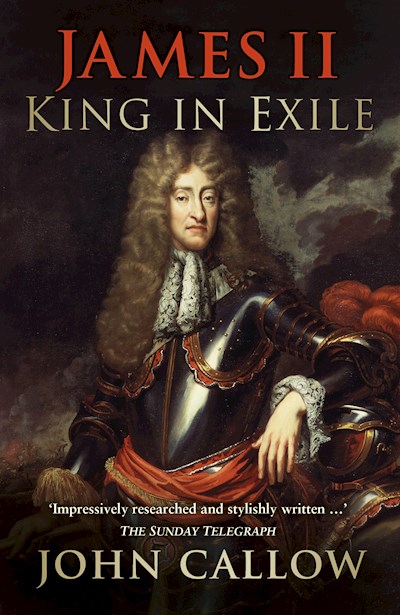 JAMES II was Britain’s last Catholic king. The spectacular collapse of his regime in 1688 and the seizure of his throne by his nephew William of Orange are the best-known events of his reign. But what of his life after this? What became of him during his final exile? John Callow’s groundbreaking study focuses on this hitherto neglected period of his life: the twelve years he spent attempting to recover his crown through war, diplomacy, assassination and subterfuge. This is the story of the genesis of Jacobitism; of the devotion of the fallen king’s followers, who shed their blood for him at the battle of the Boyne and the massacre at Glencoe, gave up estates and riches to follow him to France, and immortalised his name in artworks, print, and song. Yet, this first ‘King Over the Water’ was far more than a figurehead. A grim, inflexible warlord and a maladroit politician, he was also a man of undeniable principle, which he pursued regardless of the cost to either himself or his subjects. He was an author of considerable talent, and a monarch capable of successive reinventions. Denied his earthly kingdoms, he finally settled upon attaining a heavenly crown and was venerated by the Jacobites as a saint. This powerful, evocative and original book will appeal to anyone interested in Stuart history, politics, culture and military studies.