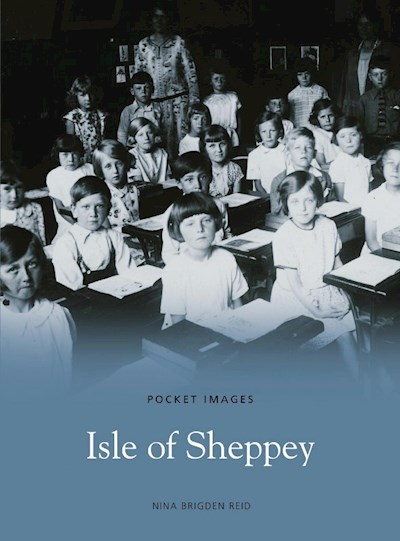 This fascinating collection of over 200 old photographs of the Isle of Sheppey shows some of the many changes that this unique area of land in the Thames estuary has seen in the nineteenth century. Not only is it a pleasant home for many and a popular holiday centre for countless others but these photographs show that it has also played an important part in England’s recent history. The island has been a convenient place for shipping activities for centuries. It was Samuel Pepys who first suggested that a Royal Dockyard be built at Sheerness and when new docks were opened there in 1823 it became the economic heart of the island. The dockyard and fort ensured a continuous presence of the navy and army on the island and, after Shellness and Eastchurch were used by Britain’s pioneer aviators in 1909, the Royal Air Force followed. Much in the countryside remains as it was when the first settlers arrived. The marshes of Harty and Elmley overlooking the River Swale are remote but not unwelcoming. This book of photographs will appeal to all who know and enjoy this unusual corner of England.