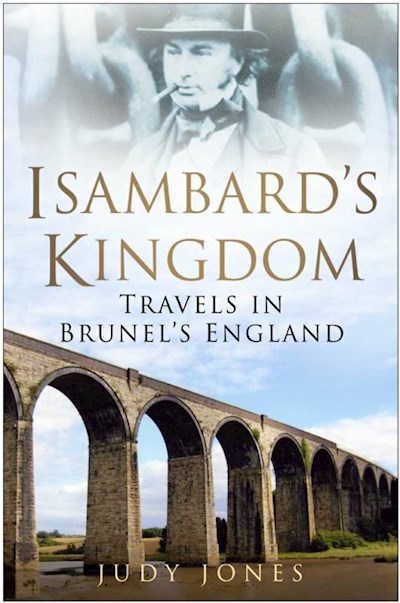 Nearly 400,000 BBC TV viewers named Isambard Kingdom Brunel, the son of a French royalist, as the greatest ever Briton, second only to Winston Churchill. The visionary Victorian engineer and driving force of the Great Western Railway undoubtedly still occupies a special place in people's hearts and minds. Hundreds of streets and shopping malls, pubs and car parks, open spaces and public buildings bear the name of Brunel or the Great Western in honour of his magnificent bridges and viaducts, tunnels and station buildings. To mark the bicentenary of Brunel's birth, Judy Jones trekked 500 miles from Paddington to Penzance to explore the legacy of his railway revolution. Tracking the route of the GWR via footpaths, bridleways and country lanes with her energetic border collie Fly, she explored towns, villages and rural backwaters of southern England and the West Country to discover its impact on contemporary life. Isambard's Kingdom reveals a hidden world of dedicated railway enthusiasts who are breathing new life into abandoned branch lines and old railway buildings, and sketches the people, landscapes and wildlife encountered on the way.

The Anthology of English Folk Tales