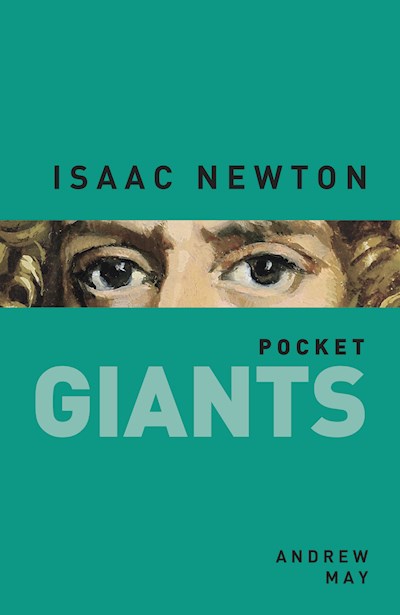 Isaac Newton had an extraordinary idea. He believed the physical universe and everything in it could be described in exact detail using mathematical relationships. He formulated a law of gravity that explained why objects fall downwards, how the moon causes the tides, and why planets and comets orbit the sun.

While Newton’s work has been added to over the years, his basic approach remains at the heart of the scientific worldview. Yet Newton’s own had little in common with that of a modern scientist. He believed the universe was created to a precise and rational design – a design that was fully understood by the earliest people. Over time this knowledge was lost, and Newton considered it his life’s work to rediscover it, whether through applied mathematics or a painstaking study of the Bible and other ancient texts. In chasing his impossible goal, Newton managed to contribute more to our understanding of the universe than anyone else in history.

ANDREW MAY went to the same Cambridge college, Trinity, as Sir Isaac Newton. After gaining his first degree in Natural Sciences he went on to do a PhD in astrophysics at Manchester University. This was on the subject of galactic dynamics, and the only physics he needed to know he was a Newtonian. He continued as a postdoc in the same area for four years, before moving into the more lucrative if shadowy world of defence science. He worked first in private industry, then in the Civil Service and then in private industry again, for a total of 24 years. He now earns his living as a freelance writer and defence consultant.