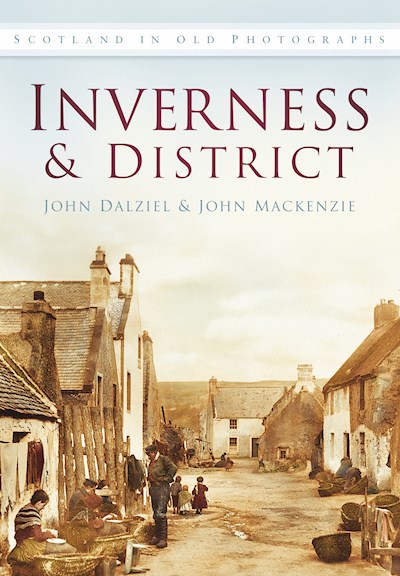 Inverness, capital of the Scottish Highlands, has long been an important administrative, legal and commercial centre. In the nineteenth century it also developed as a very significant base for tourism. Strategically situated on the Beauly Firth at the end of the Caledonisn Canal, it lay at the heart of a road and rail network which fanned out to the south, east, west and far north. It also acted as a distribution centre for the great military naval bases at Fort George, Invergordon and Scapa Flow. This addition to the Scotland in Old Photographs series illustrates the historic development of the city and the adjoining villages and towns with it. These include the famous spa at Strathpeffer, the Ross and Cromarty town of Dingwall, the Moray coast resort of Nairn and the military and naval centres of Ardersier, Cromarty and Invergordon. Also included are images of the battlefield of Culloden, where the Jacobite army made its last stand against government forces in 1746. Earlier last century Inverness was such an important centre for the landed and governing elite that Lloyd George held a cabinet meeting there when most of his government members were spending the autumn stalking and shooting on their vast Highland estates. The city's importance has continued, and the images contained here offer a striking record of a remote and beautiful city with a fascinating history.