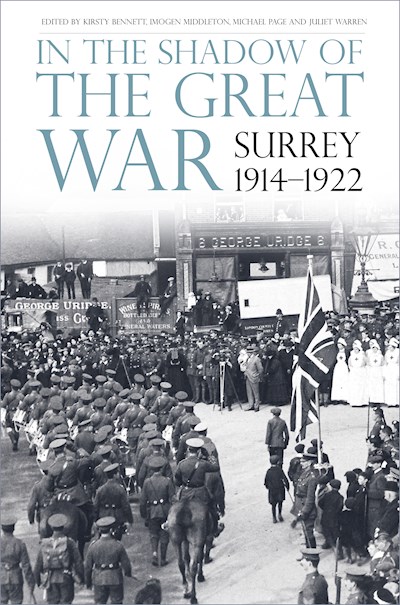 The military toll of World War I is widely known: millions of Britons were mobilised, many thousands killed or wounded, and the landscape of British society changed forever. But how was the conflict experienced by the people of Surrey on the home front? Surrey Heritage’s project Surrey in the Great War: A County Remembers has, over the four-year centenary commemoration, explored the wartime stories of Surrey’s people and places. The project’s discoveries are here captured through text, case studies and images. This book chronicles the mobilisation of Surrey men, the training of foreign troops in the county, objection to military service, defence against invasion, voluntary work and fundraising, the experiences of women and children, shortages, industrial supply to the armed forces and the commemoration of Surrey’s dead. Drawing heavily on the rich archives of Surrey Heritage, it is an engaging exploration of a county in the shadow of the first globalised war between industrialised nations.