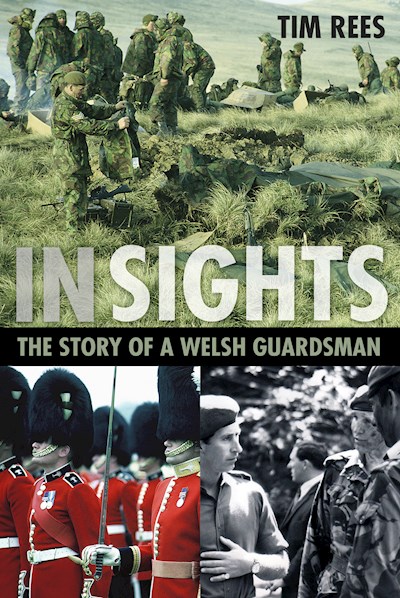 In Sights is one man's journey from boyhood to manhood, ultimately finding himself in the theatre of war. It is a journey littered with colourful anecdotes that offer insight into male bonding. Few paths have included such diverse experience. From military training in the Guards Depot to Trooping the Colour, from academic failure to intelligence work in Northern Ireland; from helping Rudolf Hess out of an ambulance to being tasked with taking the Queen's portrait. He even trod on Lady Diana's toes! Tim Rees colours every experience with profound and often idiosyncratic observations that offer the reader a taste of the sometimes humorous, often arduous and, on too many occasions, brutal reality. Close friends were killed or injured aboard RFA Sir Galahad off Fitzroy in the Falklands. Historically, men have gone to war en masse. Today, only relatively few men experience war. Was war a traumatic experience? Yes. Disturbing? Yes. Has experience of war and military service had a positive effect on Tim's life? Yes. Tim says, 'The positive effect is the bond of common experience I share with men with whom I served in the army. the bond is very strong and very different from civilian friendships. The bond military men share is unique. And I would argue that these bonds have historically been very important to the fabric of society and now they are being lost.'