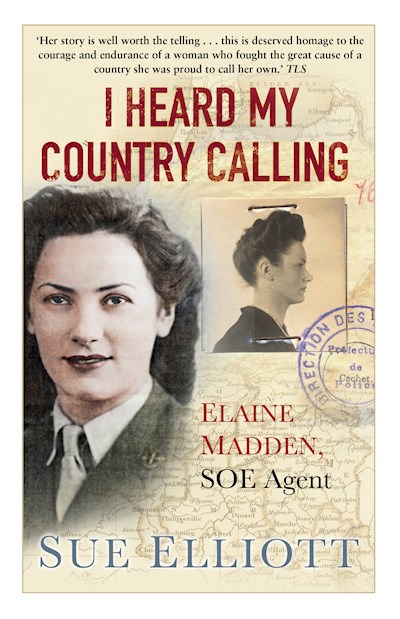 After a tragic childhood among the Great War cemeteries of Flanders Fields, a troubled young woman searches for love and meaning in war ravaged Europe. Elaine Madden’s quest takes her from occupied Belgium through the chaos of Dunkirk, where she flees, disguised as a British soldier, into the London Blitz, where she finally begins to discover herself. Recruited to T Section of the Special Operations Executive (SOE) as a ‘fast courier’, she is parachuted back to the country of her birth to undertake a top secret political mission and help speed its liberation from Nazi oppression. Elaine Madden never claimed to be a heroine, but her story proves otherwise. Its centrepiece – war service as one of only two female SOE agents parachuted into occupied Belgium – is just one episode in an extraordinary real-life drama of highs and lows, love, loss and betrayal. Relayed to the author in the final years of her life, Elaine’s true story of courage and humour in testing times is more intriguing and compelling than fiction.