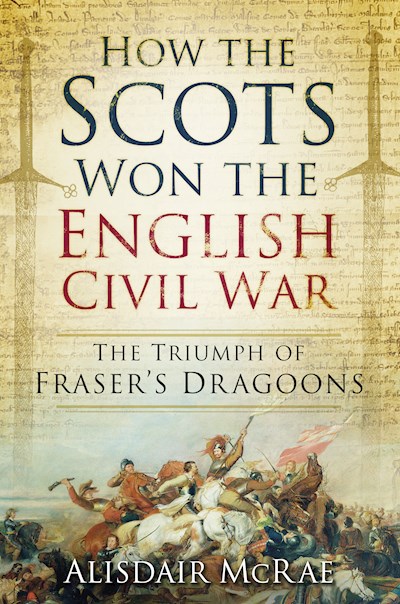 Taking a fresh look at the Scottish involvement in the English Civil War, this fascinating take on a popular period of history focuses on how the Scots influenced the outcome of the first stage of the war, ending with the significant capture of Charles I. It follows one regiment in particular – Colonel Hugh Fraser’s dragoons – from its creation through its actions at Marston Moor, which cleared the way for and made possible the success of the Scottish cavalry and Cromwell's Ironsides. It is through the dragoons' success there, and ability to save the right wing, that they arguably won the battle and the Civil War in Northern England. Following the regiment to its return to Scotland, eventual dissolution and the suspicious poisoning of its founder, the picture is completed of what could be one of the most important components of the Civil War. Alastair McRae expertly weaves a new narrative to the rich tapestry of Civil War history and would make anyone think twice about the event. utilising thirsty years of well-thought-out research, McRae puts forward a controversial but powerful case for the primacy of the war in the north in the defeat of Charles I.