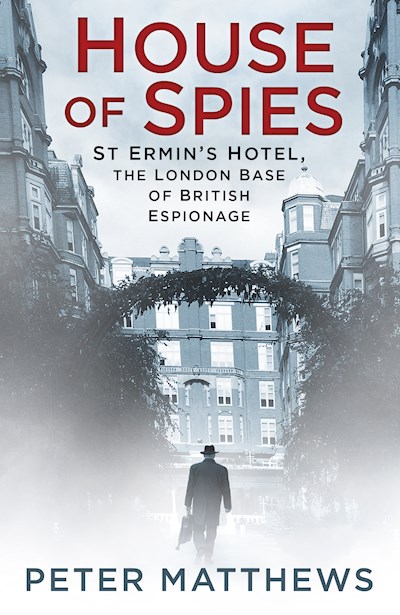 St Ermin’s Hotel has been at the centre of British intelligence since the 1930s, when it was known to MI6 as ‘The Works Canteen’. Intelligence officers such as Ian Fleming and Noel Coward were to be found in the hotel’s Caxton Bar, along with other less well-known names. Winston Churchill allegedly conceived the idea of the Special Operations Executive there over a glass (or two) of his favourite champagne in the early days of the Second World War, and the operation was started up in three gloomy rooms on the hotel’s second floor, with the traitorous Cambridge Spies among its founders. When Stalin’s Russia turned to a peacetime enemy in the Cold War that followed, Kim Philby and Guy Burgess handed over intelligence to their Russian counterparts in the dark corners of the hotel, while MI6 man George Blake operated as a Soviet double agent just across the road in Artillery Mansions. Meanwhile, St Ermin’s proximity to government offices ensured its continued use by both domestic and foreign secret agents. In this paperback edition of the first book on St Ermin’s, Peter Matthews, a witness to the intelligence battle for supremacy between MI5, MI6 and the KGB, explores this remarkable true history that is more riveting than any spy novel.