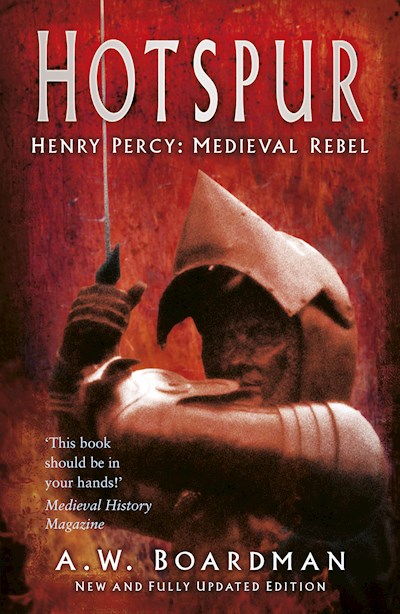 Immortalised by Shakespeare in Henry IV, Part I, Henry Percy, nicknamed 'Hotspur', is among the best known of all his warlike characters.

As the young, honourable but impatient rebel soldier whose chivalrous exploits on the battlefield end in disaster at Shrewsbury in 1403, Hotspur is the archetypal anti-hero: a character of such tragic and dramatic significance that even his well-known nickname has passed from history into legend. But who was the historical Henry Percy, and why did his rise to fame bring him into direct confrontation with his king?

This fully updated book tells the story of the real Henry Percy and his overbearing family and how the survival of a great northern dynasty led to open rebellion and ultimately military failure.