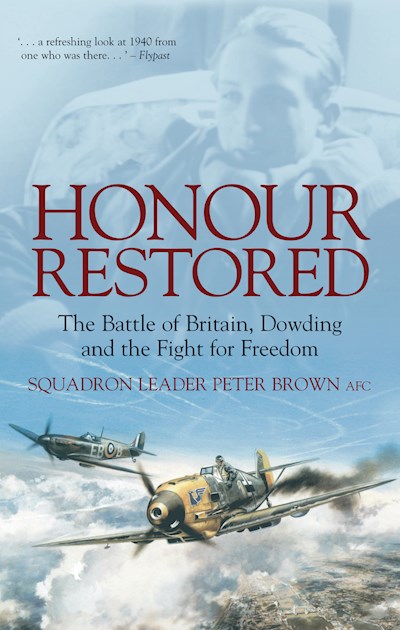 At the outbreak of the second World War, Air Chief Marshall Dowding was Commander-in-Chief of RAF Fighter Command, which had been set up three years earlier to protect Britain against attacks from the air and the threat of invasion. London was subjected to extensive night bombing for several months. However, our fighter squadrons and defence systems enabled us to maintain master of the air. The Battle of Britain ended in 1940 and our island was never again under the threat of invasion. Peter Brown, former Battle of Britain Spitfire pilot, presents a vivid account of Britain under the threat of invasion, reminding us of the bravery of our fighter pilots and the courage of the people of Britain who endured the hardships of war and terror bombing from the air. Through personal experience and years of meticulous research Peter offers a careful analysis of the battle and the tactics involved, vigorously defending Dowding's command and exposing the conspiracy of senior officers that saw him removed from office without due recognition for his achievement.