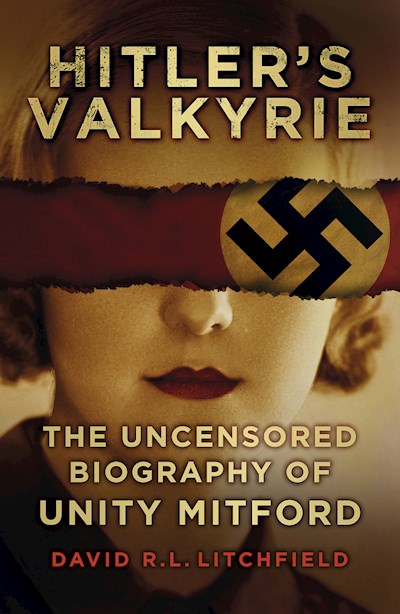 Emerging from modern history as a remarkable and much-loved family, the Mitfords have remained largely unrepentant concerning theirs and particularly Unity’s enthusiastic support of Hitler, the Nazis, Oswald Mosley and British fascism. However, having initially encouraged and supported Unity’s affair with Hitler, they subsequently insisted that she had in fact been a rather unintelligent, clumsy lump of a girl, whose virginal relationship with one of the most terrifying dictators of all time was a mere unrequited romantic obsession. As this book will show, nothing could be further from the truth. Following further research and reexamination of the family’s, friends’ and journalists’ often contradictory evidence, plus new information supplied by the author’s own family and friends, Hitler’s Valkyrie will reveal that while Unity was, like Hitler, an extreme fantasist, there was very little of the juvenile romantic about her. On the contrary, she was highly intelligent, free-spirited and athletic. She was also the only Englishwoman who came close to being capable of changing the course of the Second World War. Here David R.L. Litchfield untangles the decades-old web of intrigue surrounding Unity Mitford and one of the most dangerous men of all time, creating a fascinating book of unparalleled importance to the Mitford legacy.