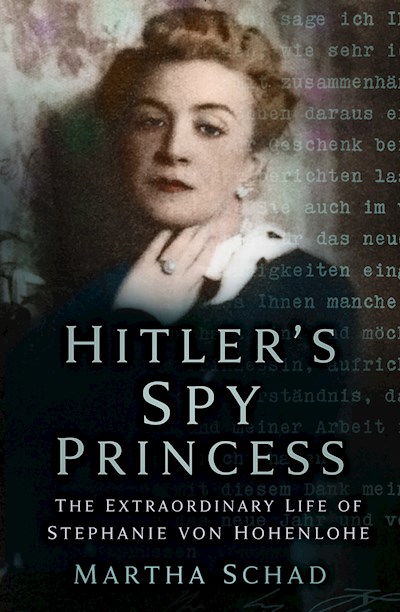 ‘Hold on to this letter, so that it will be evidence of how accurately I have kept you informed. I’m serious; don’t throw this letter away.’

﻿BORN the illegitimate daughter of Jewish parents, Princess Stephanie von Hohenlohe would rise to dizzying heights in international politics, hobnobbing with European royalty, British aristocracy – and high-ranking Nazis. She was the unofficial go-between for some of the most important people of the era, conveying secret messages and organising meetings between Adolf Hitler, Lord Rothermere, the Duke and Duchess of Windsor and more than one US president. She would even be one of only a handful of women to be awarded the Nazi Party’s Gold Medal for ‘outstanding service to the National Socialist movement’. But then the Second World War began, and everything changed. Hitler’s Spy Princess is a tale of lovers and manipulation, cleverness and deceit in the remarkable life of the woman Hitler called his ‘dear princess’.