History's Worst Predictions and the People Who Made Them 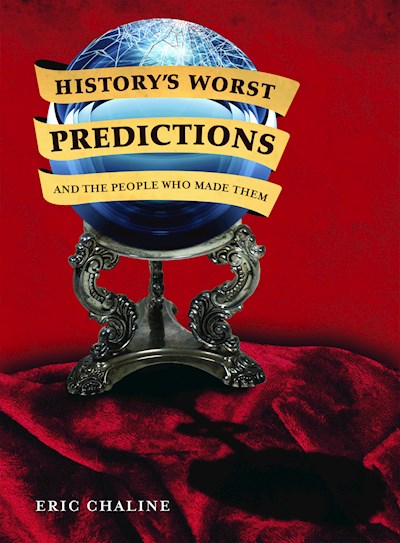 History's Worst Predictions and the People Who Made Them

It is said that one of the things that sets us apart from the other animals is our ability to conceive of the future. Since the dawn of history, human civilisation has had its prophets, but whether they claim divine inspiration, employ scientific forecasting or economic modelling, or just use their own fertile imaginations, what they have in common is the ability to get things spectacularly wrong. Organised chronologically, History’s Worst Predictions excavates the strata of history to expose the rich veins of absurdity that are humanity’s prophetic utterances. Every aspect of human life – religion, politics, science, economy, culture and war – has provided material for the most far-fetched and inaccurate of predictions. And the one area where forecasters have got it most consistently wrong is technology: there is not one major invention, from the railroad to the personal computer, that has not been written off as impossible, dangerous or uneconomic. Last but not least are the innumerable prophecies of the End of the World – the religious (Second Comings, Raptures, Armageddons); the natural (comet strikes, killer planetary alignments, rapid ice ages); and the manmade (nuclear annihilation, overpopulation, ecological collapse).