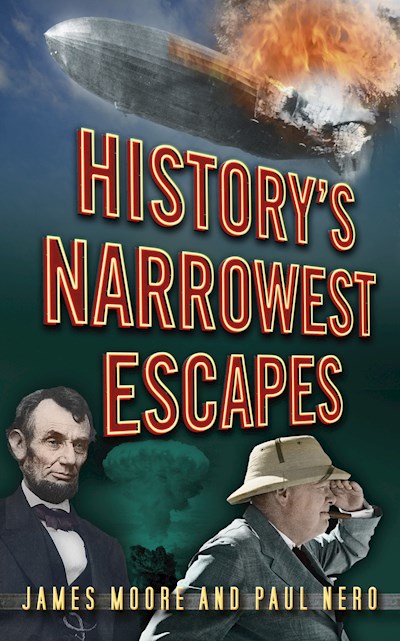 Did you know that Winston Churchill narrowly avoided assassination in the Second World War? Or that Prince Albert helped Britain avoid war with the United States in the nineteenth century from his deathbed? In this riveting read, James Moore and Paul Nero reveal fifty of history’s most dramatic narrow escapes. From wars that were averted to invasions, revolutions and apocalyptic scenarios that we avoided by the skin of our teeth, History's Narrowest Escapes chronicles such stories as how a Soviet Army colonel stopped the Third World War in 1983, and how Nelson’s heroics at The Battle of Trafalgar might never have happened if it hadn’t been for the quick thinking of a humble seaman eight years before. Full of fascinating little-known facts, heroic acts, daring deeds and stories of serendipity, this book reveals how our history could have been very different … and possibly much worse!