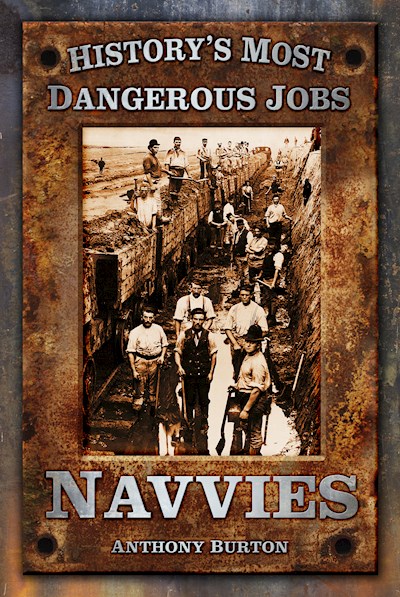 This is the story of the men who built Britain’s canals and railways – not the engineers and the administrators but the ones who provided the brawn and muscle. There had never been a workforce like the navvies, a great army of men, moving about the country following the work as it became available. This book will tell of their extraordinary feats of strength and their often colourful lives. They lived rough, usually having to make do with huts and shelters cobbled together from whatever materials were available. They worked hard and drank hard. Often exploited by their employers, they were always liable to erupt into riots that could have fatal results. The book will look at who these men were, where they came from – and destroy the myth that they were all Irish. It is a story full of drama, but above all one of great achievements.