Heroes of World War I 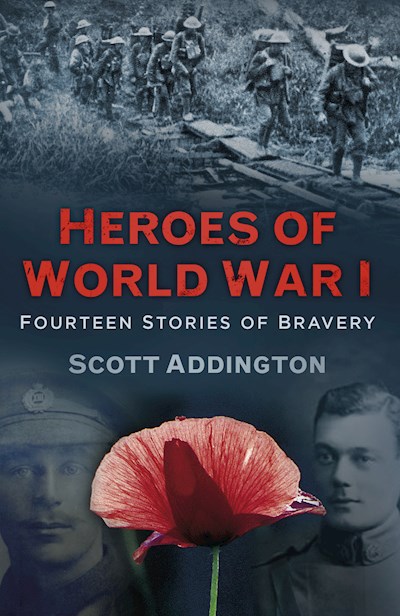 Heroes of World War I

These are the stories of fourteen men whose lives were changed the day that telegram arrived. In 1914 they were accountants, shopkeepers and labourers. When they were called to arms they became soldiers, sailors and airmen, fighting in the mud of the trenches, navigating the high seas or flying in the very first aerial war. Miles from their homes and families, they were pushed to their very limits and forever changed by what they experienced. Not all of them came back again. In Heroes of World War I Scott Addington tells the long-forgotten stories of fourteen brave men who rallied for their country. The voice of the ordinary soldier is typically overlooked by memories and histories of the First World War, and so this book is a tribute to them.