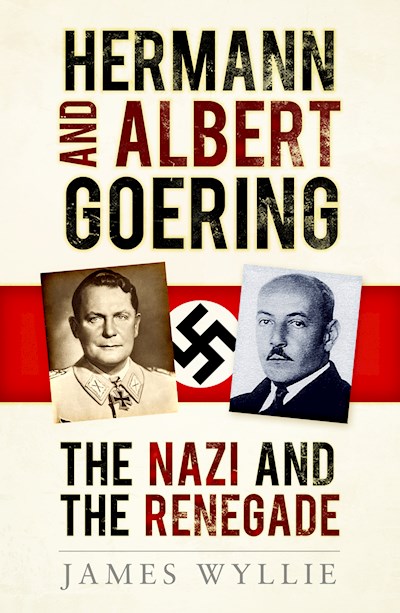 They were the most unlikely of siblings – one, Adolf Hitler’s most trusted henchman, the other a fervent anti-Nazi. Hermann Goering was a founder member of the Nazi Party, who became commander of the Luftwaffe, ordering the terror bombing of civilians and promoting the use of slave labour in his factories.

His brother, Albert, loathed Hitler’s regime and saved hundreds – possibly thousands – across Europe from Nazi persecution. He deferred to Hermann as head of the family but spent nearly a decade working against his brother’s regime. If he had been anyone else, he would have been imprisoned or executed. Despite their extreme and differing beliefs, Hermann sheltered his brother from prosecution and they remained close throughout the war.

Here, for the first time, James Wyllie brings Albert out of the shadows and explores the extraordinary relationship of the Goering brothers.