Here's to the Men of Alton 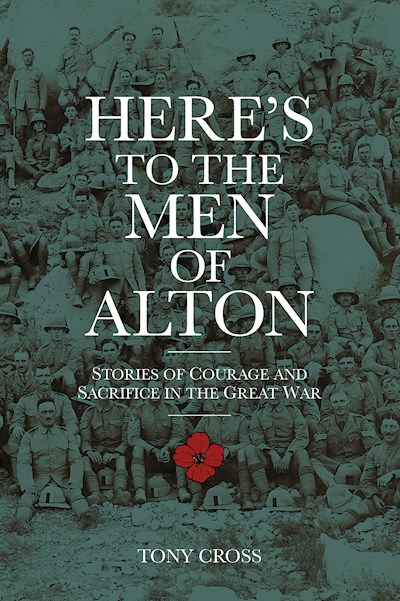 Here's to the Men of Alton

During the Great War almost 650 men enlisted from the small market town of Alton, Hampshire. These soldiers served all over the globe, including the Western Front, India, Mesopotamia, Salonika, Turkey and Russia, and were never the same again; some choosing to tell their stories, others desperately trying to forget what they had experienced. But they were the lucky ones: around a third of those who left for distant shores were never to return and instead lie buried in cemeteries across the world. The stories these men couldn’t tell themselves are uncovered here as a monument to their bravery and sacrifice. Here’s to the Men of Alton is a collection of personal accounts of courage and hardship which provides a lasting tribute to those ordinary men who gave their lives for King and Country.