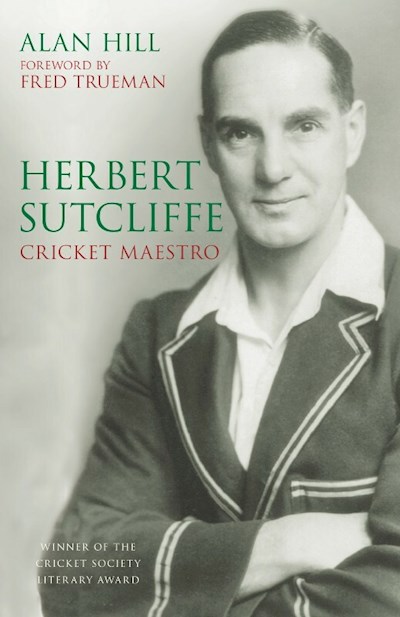 A national hero in his playing days, Herbert Sutcliffe belongs to a select band of all-time cricketing greats. This biography of the Yorkshire and England batsman charts his extraordinary transformation from cobbler’s apprentice to urbane gentleman, and one of the coolest, most determined and technically accomplished practitioners the game has ever known. Blessed with the looks of a matinee idol, Sutcliffe was a complex, often enigmatic, personality. As a cricketer, he was touched with genius. His career spanned exactly the years between the wars and he performed with distinction in every one of those seasons. He scored 50,138 first-class runs, including 149 centuries, and his Test average of 60.73 is the highest for an English batsman – higher than those of Hobbs, Hammond or Hutton. Alan Hill has called upon the reminiscences of Bob Wyatt, Sir Donald Bradman, Sir Len Hutton and Les Ames, among other illustrious contemporaries, to evoke the splendour of Sutcliffe’s achievements for Yorkshire and England, and his legendary opening alliances with Jack Hobbs and Percy Holmes. This vivid and authentic portrait of one of the all-time cricketing greats is enhanced by many unpublished photographs and a full statistical record of Sutcliffe’s career.