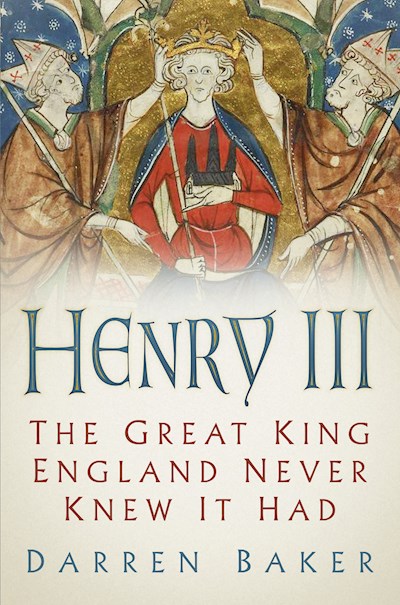 Henry III (1207–72) reigned for 56 years, the longest-serving English monarch until the modern era. Although knighted by William Marshal, he was no warrior king like his uncle Richard the Lionheart. He preferred to feed the poor to making war and would rather spend time with his wife and children than dally with mistresses and lord over roundtables. He sought to replace the dull projection of power imported by his Norman predecessors with a more humane and open-hearted monarchy. But his ambition led him to embark on bold foreign policy initiatives to win back the lands and prestige lost by his father King John. This set him at odds with his increasingly insular barons and clergy, now emboldened by the protections of Magna Carta. In one of the great political duels of history, Henry struggled to retain the power and authority of the crown against radical reformers like Simon de Montfort. He emerged victorious, but at a cost both to the kingdom and his reputation among historians. Yet his long rule also saw extraordinary advancements in politics and the arts, from the rise of the parliamentary state and universities to the great cathedrals of the land, including Henry’s own enduring achievement, Westminster Abbey.