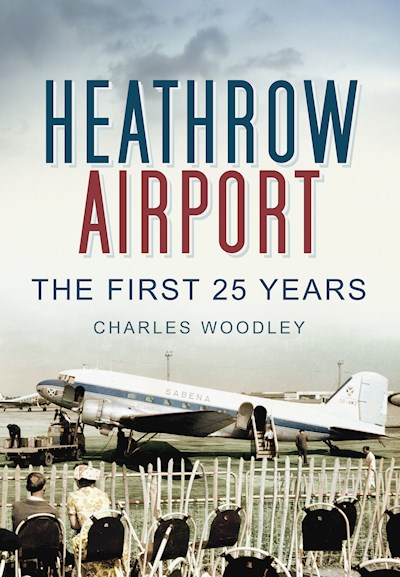 Today, Heathrow is a major transportation crossroads, with thousands of flights each year conveying millions of passengers to all parts of the globe, but its position as London’s premier airport only came about through prime agricultural land being requisitioned under wartime emergency powers, ostensibly for a base for long-range RAF transport aircraft. Once the true purpose became known the airport was constructed and brought into service in haste, with passengers having to put up with leaky marquees as terminal facilities until temporary pre-fabricated buildings could be erected. Despite the primitive conditions the airport flourished and grew to such an extent that the original buildings on the north side were outgrown within a few years and the design and construction of a new terminal complex and control tower commenced. When the complex opened in 1955 Britain at last had a world-class airport to be proud of, and one which attracted large numbers of spectators to watch not only the general daily activity but the various air races, speed and altitude record attempts, and static displays of the RAF’s latest fighters and bombers on Battle of Britain Days. Visitors could even go aloft themselves on sightseeing flights over central London. Illustrated with a wealth of photographs, many previously unpublished, and much nostalgic appeal, Heathrow Airport: The First 25 Years examines the development of London Airport's North side up to its final closure, and the construction and development of the Central Area complex. It recalls many favourite vintage aircraft that flew from Heathrow over the years, including Stratocruisers, Comets and Constellations, and contains many memories from airport and airline workers from those halcyon days.