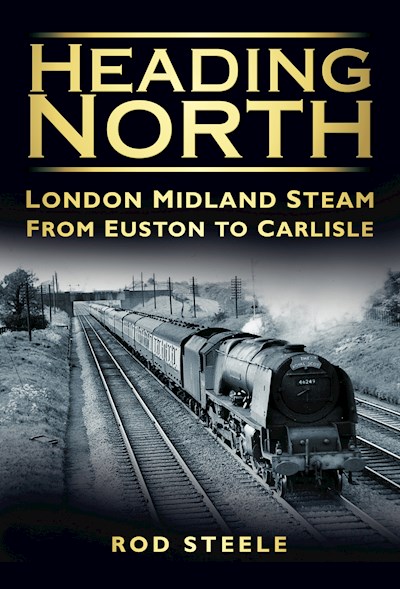 In this, his second book, life long steam enthusiast Rod Steele takes a nostalgic look at the 299-mile journey from London Euston to Carlisle over the London Midland Region’s West Coast Main Line. Along the route the much loved LMR express steam locomotives including Duchesses, Princesses, Royal Scots, Jubilees and Patriots are seen at work together with mixed traffic and freight engines. Named trains such as ‘The Royal Scot’ and ‘The Mid-Day Scot’ are seen thundering along, with other named trains like ‘The Midlander’, ‘The Merseyside Express’ and ‘The Mancunian’, which travelled the line for parts of their journeys. Commencing at London Euston, the journey also includes the excitement of visits to the principle engine depots at Camden, Willesden, Crewe, Edge Hill and Carlisle Upperby, which recall just how much variety there was for enthusiasts of the day to enjoy. Join the trainspotters of the golden age to savour the splendour of steam’s heyday once more.