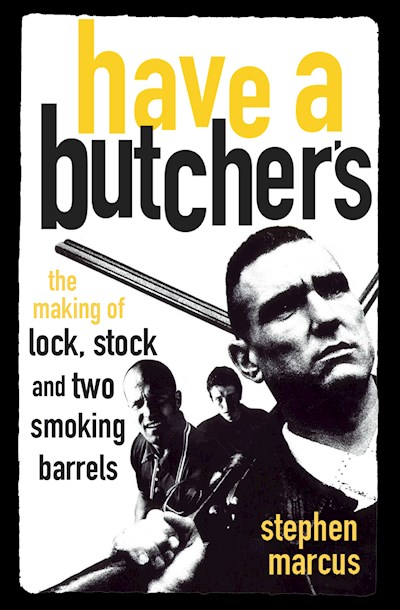 When Lock, Stock and Two Smoking Barrels was released in 1998, few would have prophesied quite the impact this low-budget crime comedy would have. Almost overnight it became a cultural phenomenon, launched the careers of Guy Ritchie, Matthew Vaughn and Jason Statham, amongst others, and spawned a television series and numerous British gangster film rip-offs in the process. But box office gold didn’t come without huge upheaval, and the making of the film was often fraught. In Have a Butcher’s, actor Stephen Marcus (Nick The Greek in the film) recounts the on-set dramas, the behind-the-scenes banter, his initial meeting with Guy Ritchie, the subsequent trips to Hollywood as the boys basked in success and critical acclaim, and the numerous financial problems that were only solved when Sting and Trudie Styler came on board. Drawing upon interviews with his co-stars, never-before-seen photos and original storyboards, Stephen tells the story of a film that has become a firm cult favourite.