By Michael I Wilson 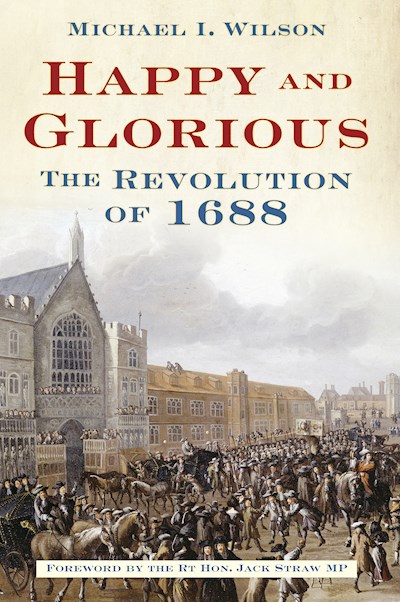 By Michael I Wilson

The Glorious Revolution of 1688 is a story of intrigue, plot and counter-plot, religious rivalry and nationalist fervour. It tells of the stubborn and bigoted king, James II, in conflict with his subjects – a conflict in which he was finally forced to put aside his crown, making way for his daughter, Mary, and her husband William of Orange. Less than thirty years after Charles II had been restored to the throne, a king was once more deposed (although this time with rather less bloodshed),effectively creating the form of government that we have today. After the Revolution it was no longer possible for British monarchs to ride roughshod over the wishes of their people or to impose religion upon them. Yet, as well as creating a constitutional monarchy, the Revolution also led in time to such events as the Jacobite Rebellions in Scotland and the Orange Order marches in Northern Ireland. This book tells the story of those momentous days and sets them against the turbulent backdrop of seventeenth-century life.