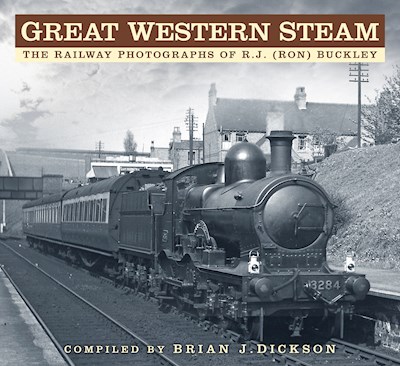 Ron Buckley’s striking photographs show the changing locomotive scene throughout the Great Western Railway and its successor the Western Region of British Railways from the mid 1930s until the end of main-line steam traction in the mid 1960s. Whilst the modern express passenger locomotives plied the main lines, a wealth of pre-grouping locomotives carried out the more mundane suburban passenger, branch-line and shunting work. Many routes continued to be worked by a series of ageing Victorian 4-4-0s and 0-6-0s until after the grouping when the Great Western supplied a series of very able 4-4-0s and later 4-6-0s, which continued operating into the 1950s and ’60s when some of the British Railways Standard classes started to appear. Great Western Steam is an evocative retrospective of a treasured and iconic company.