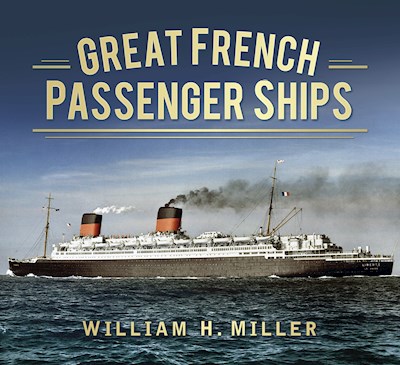 France produced some of the finest and best-decorated passenger ships of the twentieth century. Beginning in 1912 with the four-funnel France, the nostalgic voyage continues with the great and grand transatlantic liners of the French Line, the CGT. These include the famous Île-de-France, Normandie and Liberté, as well as the lesser passenger ships of the French Line. In addition, focus is given to Compagnie de Navigation Sud-Atlantique, Transports Maritimes and Chargeurs Réunis operating important South American routes and to Messageries Maritimes running in Africa, the East and the South Pacific. Packed full of nostalgic reminiscence of great ship days gone by, the book explores majestic liners, mail boats to Africa and colonial steamers to Saigon. Presenting many previously unpublished images alongside insightful text and anecdotes, William H. Miller brings the reader on board France’s greatest transatlantic liners.