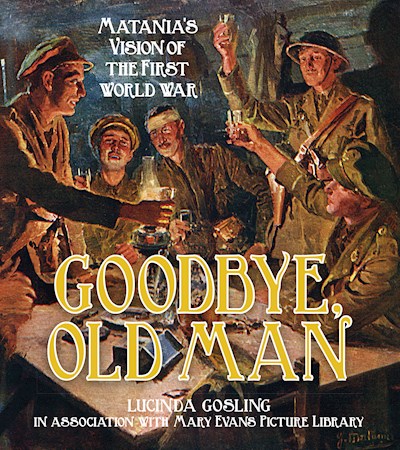 For the first half of the twentieth century, the artist Fortunino Matania captured some of the world’s most memorable and iconic moments. From the sinking of the Titanic in 1912 to the coronations of three British monarchs, this Italian-born illustrator recorded almost every major event as ‘special artist’ for popular illustrated magazine The Sphere. The apogee of his prolific output was during the First World War when he produced paintings on a weekly basis, recording in breathtakingly realistic detail the multifaceted nature of the conflict and often visiting the front in order to gather material for his pictures. The breadth and quality of Matania’s work takes in scenes of trench life, the war at sea, the heat of battle and the war effort at home. Meanwhile, his most famous picture, ‘Goodbye, Old Man’, quickly became one of the most emotive images of the war. Admired by some of the finest artists of the period, and familiar to millions around the world, over 100 of Matania’s pictures are brought together for the first time in this compilation, introducing the power of his work to a new generation to mark the centenary of the First World War