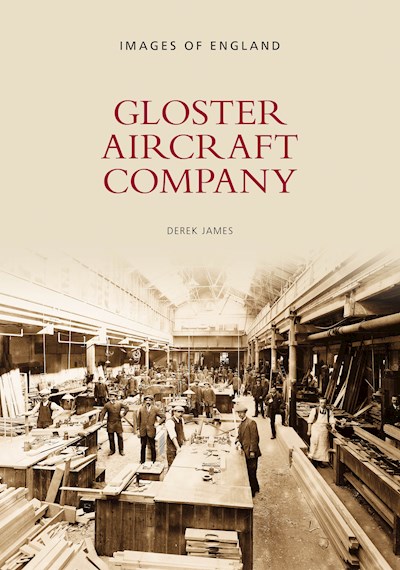 Today it is difficult to imagine that the parishes of Hucclecote and Brockworth once were home to one of Britain's major manufacturers. Gloster Aircraft Company, with its forebears H.H.Martyn & Company and Gloucestershire Aircraft Company, produced some 10,000 aeroplanes between 1917 and 1963. It also provided employment for countless thousands of local people. During World War II alone it employed 14,000 men and women working at the main factory and at 40 sites dispersed in Gloucester, Cheltenham, Stroud and other more distant parts of Gloucestershire. Gloster designed a number of outstanding fighter aircraft which were built in large numbers; it also produced many prototypes which failed to win orders and very many more projects which never left the drawing board. By chance the company was chosen to design and build Britain's first jet aircraft and followed by building 4,000 jet fighters for the Royal Air Force and a dozen air forces around the world. Gloster finally became the first victim of a programme of political and economic stringency which has since decimated British aircraft manufacturing companies. This album portrays some of those people who worked 'up at the 'drome for GAC' and the works of their hands.