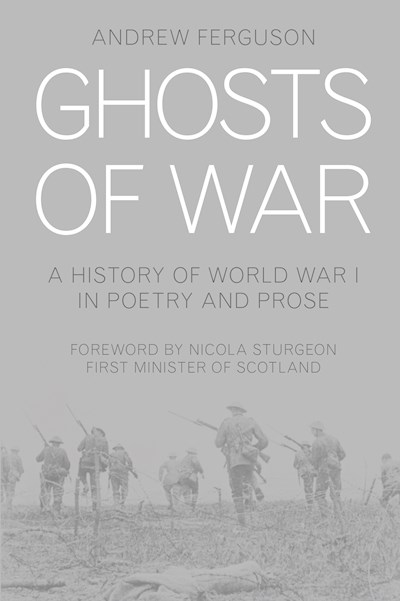 The First World War produced a unique outpouring of prose and poetry depicting the stark realism of a brutal and futile war; no war before or since has been so extensively chronicled nor its misery so exposed. First-hand experiences in the trenches compelled poets such as Siegfried Sassoon and Wilfred Owen to write with a resolute honesty, describing events with more feeling and sincerity than the heavily censored letters that were sent home. Accounts of the Great War are typically written from an English perspective, but Ghosts of War encompasses a selection of contributions from across Europe and America, with an emphasis on the Scottish involvement. Using the words of over one hundred poets and writers, Andrew Ferguson recounts the war from its optimistic beginning to its sombre conclusion, bringing the conflict to life in a dramatic, emotive and, at times, humorous way.