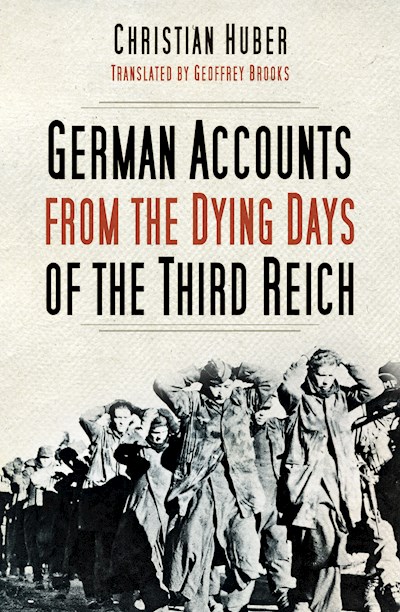 Unlike other historical depictions of the fall of the Third Reich, German Accounts from the Dying Days of the Third Reich presents the authentic voices of those German soldiers who fought on the front line. Throughout we are witness to the kind of bravery, ingenuity and, ultimately, fear that we are so familiar with from the many Allied accounts of this time. Their sense of confusion and terror is palpable as Nazi Germany finally collapses in May 1945, with soldiers fleeing to the American victors instead of the Russians in the hope of obtaining better treatments as a prisoner of war.

This collection of first-hand accounts include the stories of German soldiers fighting the Red Army on the Eastern Front; of Horst Messer, who served on the last East Prussian panzer tank but was captured and spent four years in Russian captivity at Riga; of Hans Obermeier, who recounts his capture on the Czech front and escape from Siberia; and a moving account of an anonymous Wehrmacht soldier in Slovakia given orders to execute Russian prisoners.