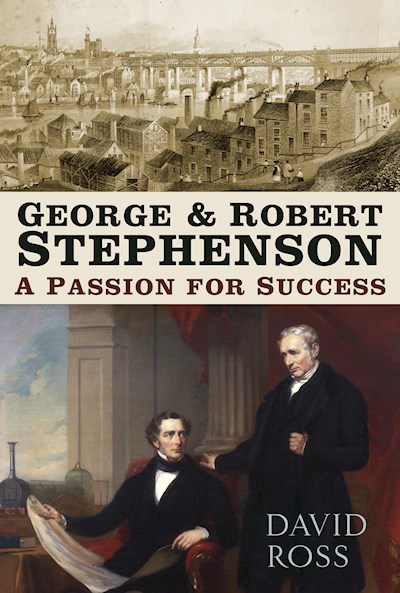 From poverty to immense wealth, from humble beginnings to international celebrity, George and Robert Stephenson’s was an extraordinary joint career. Together they overshadow all other engineers, except perhaps Robert’s friend Isambard Kingdom Brunel, for one vital reason: they were winners. For them it was not enough to follow the progress made by others. They had to be the best. Colossal in confidence, ability, energy and ambition, George Stephenson was also a man of huge rages and jealousies, determined to create his own legend. Brought up from infancy by his father, Robert was a very different person. Driven by the need to be the super-successful son his father wanted, he struggled with self-distrust and morbid depression. More than once his career and reputation teetered on the edge of disaster. But, by being flawed, he emerges as a far more interesting and sympathetic figure than the conventional picture of the ‘eminent engineer.’ David Ross’s biography of George and Robert Stephenson sheds much new light on this remarkable father and son. Authoritative and containing many new discoveries, it is a highly readable account of how these two men set the modern industrial world in motion.